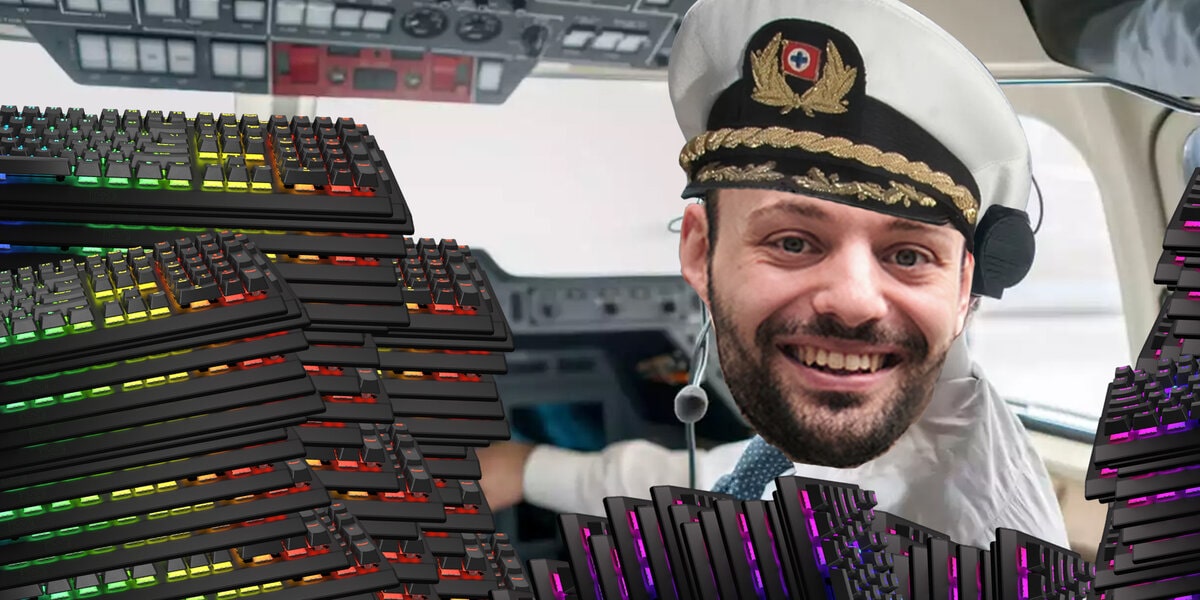 We encountered 1 non-critical issue. Too much lube. 5-12 switches per keyboard have a small radius of lube around it on the plate. When the lube was cleaned from the keyboard, it would reappear the following day. Since the issue does nothing to the performance or function, but only appearance, we decided to complete the production.

The Lekker switches are lubed at the switch factory before it’s delivered at the assembly factory. The lube is applied to the inside housing and stem axis, when the switch contains too much lube inside the housing, it’ll start to leak out from minor openings in the switch housing. When the switch is assembled to the keyboard, the lube starts to leak onto the plate and cause an “oil” or darker spot around the switch.

It’s easily removed with rubbing alcohol, causes no damage to the keyboard. After a few days the excess lube is out, and it won't return after wiping it clean. It just can't wait a few days on the assembly line.

Interestingly, we did not encounter this issue with the Wooting two Lekker Edition. After some investigation, we concluded that the lube used in this Lekker switch batch is thinner than the original batch. This was also noticeable when looking at the lube leakage on the PCB from the switch axis. The Lekker Edition had an obvious thicker lube that would spread in a circle shape of the center axes tube. It’d be contained inside the seal of the PCB and the axis tube. With this switch batch, however, there were leakage marks on the PCB coming from the switch housing (observation, no issues).

We’re taking a look if we can solve the issue for Wooting two HE batch 2 production (coming soon), my bet is a thicker lube, but not less lube(!). I had to emphasize this to the assembly factory as well, as they also frequently communicate with suppliers on (minor) issues or improvements to lower defect rates, that: I don’t want any less lube.

Update 22 August: We haven't had any complaints or people notice the lube leak to date. If you're still going to receive it, it'd be great if you can let us know if you had any, or else we need to speculate that it dried up and disappeared during transit.

All the goods were picked up and on their way. The winner of the race is already known: air freight Batch 1 for all orders starting with INT. We already have them in our warehouse and are getting all the final details ready for batch shipment.

It’s also interesting to know that freight costs have sharply risen over the months and are continuing to rise as we get close to the Christmas period.

Check which batch you're in here:
https://tools.wooting.io/twohe/batch

It’s at the forwarder’s warehouse awaiting its flight. The given ETA is 20 days, which would mean we can start shipments in the week of 23 August. I was not able to book any faster air freight schedule to the USA and the rates are increasing daily. Tracking itself doesn’t start until it hits the US coast.

At the forwarder and awaiting its vessel. The given ETA is 30-50 days, which would mean we can start shipments in the week of 20 September. This was also the soonest sea freight schedule. Tracking itself doesn’t start until it hits the US coast.

This is now at our Netherlands warehouse. We’re preparing the final details to make sure we can pack everything within a day. All shipments including the ISO-DE keycaps will have a minor delay, as we have not received them yet. There’s an air parcel on its way.

It’s on vessel: HMM GARAM - it’s expected in Rotterdam on the 3rd of September. Then it’ll need to go through customs clearance, I expect it at our warehouse on the 8-10th of September. Depending on the arrival date, shipments will take place on either the 10th or 14th of September.

Funny to note here, Rail freight is a faster option but the train wasn’t leaving until the 28th of August, with an expected arrival of 14 September. Based on this, I went through with sea freight.

The Hall-effect sensors experienced a few delays that pushed it back by 2 weeks. It was in a queue at the IC factory. Thankfully we got confirmation that they’ll ship them to us on the 12th of August. We can then continue forwarding it to the factory with other IC parts that we have here.

The planned date was the 28th of August. This might still work out but it’s too risky/right to green light. So the production is pushed back to the start of September - pending on a new date. I would expect the latest by mid-September. I will update you as soon as I have more information.

Live at the new office

This 13th of August there’s the bi-weekly Wooting livestream at the new Wooting office space. Nothing fancy, but it’s special to us, as we’ve always worked remote. This is the first time there’s a semi-permanent office location where a few of us work together. (few = Jeroen, me, and occasionally Erik popping by… lol).

Join the livestream and talk with us!