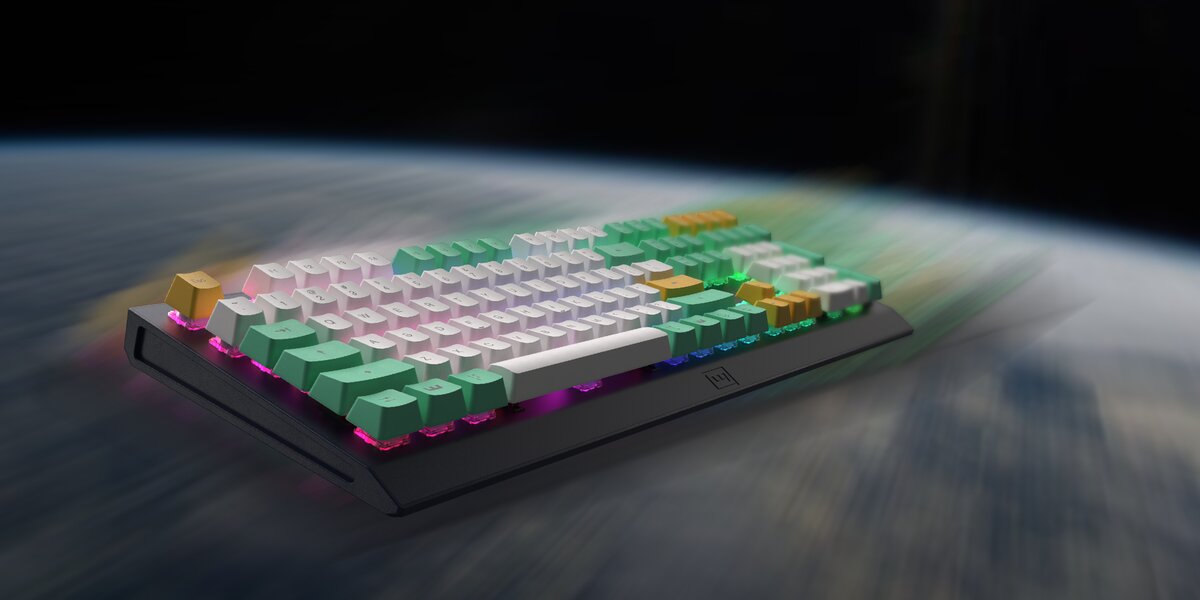 What is Wooting’s Rapid Trigger for Analog Keyboards?

Wooting’s rapid trigger enables you to repeatedly trigger a key using the slightest movement. The result is a rapid succession of key actions that are otherwise impossible with a regular mechanical keyboard. It's an exclusive feature for analog input keyboards.

Rapid trigger can run passively in the background on every key at the same time (NKRO) without needing to specifically activate it. In essence, it activates the key actuation when pressing a key downwards and it resets the key when retracting. At any point of retraction, you can press the key again to actuate it.

The major advantage is not only that you can quickly repeat key actuation but you can also actuate re-incurring keys much faster. When typing words in quick succession with multiple identical vowels, you don’t need to release the key to its reset point. Rapid trigger will already reset the key at the slightest retraction and capture the key actuation. After getting used to Rapid trigger, you’ll slowly adjust your typing behavior and effectively increase your WPM.

This positive result also translates into (rhythm) games with double/multi-taps of the same or successive keys. Decreasing the number of errors and response time. A few practical examples:

None of this is possible on a regular (mechanical) keyboard with digital input switches. You can get the closest with short-range switches, such as scissor switches. However, scissor switches often suffer terrible input lag due to membrane computer boards.

Rapid trigger only works on analog input keyboards and doesn't work on regular digital input keyboards. Analog input is an entirely new input dimension for keyboards. It doesn’t only register if a key switch is ON or OFF, it also registers how far down you’re pressing a key and at what velocity (speed).

This new input dimension comes without disadvantages or trade-offs compared to a regular keyboard. Analog input keyboards can simulate regular keyboards, without you even noticing its analog nature. Regular keyboards actuate a key (ON) when it reaches a certain fixed mechanical threshold and resets the key (OFF) when it falls below that threshold.

On an analog input keyboard, you can configure the actuation (ON) and reset (OFF) threshold on each or all keys. This is often called configurable or adjustable actuation point. Wooting’s Rapid trigger takes it a step further. It dynamically changes the actuation and reset threshold based on your press intention.

At the time of writing, Rapid Trigger is a work in progress and is only available on Wooting keyboards with Lekker switches. If you have any questions concerning Rapid trigger, leave a comment below or @wootingkb tweet us.