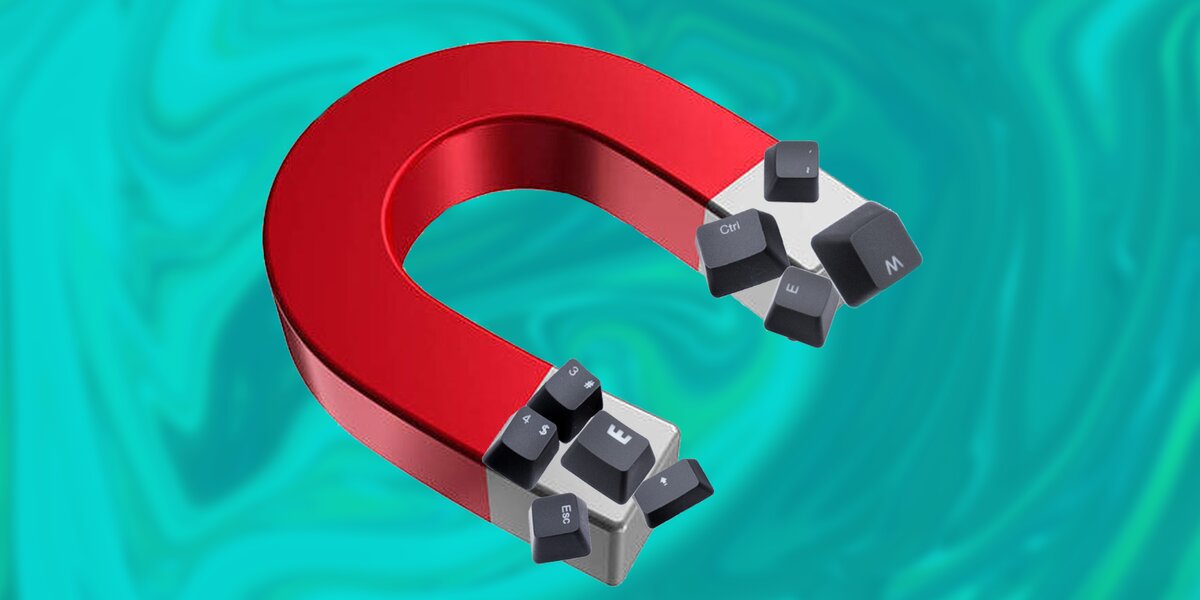 What are Hall Effect keyboard Switches

What are Hall Effect keyboard Switches

Magnets are cool and the closest thing to magic in the world. It gets even cooler when you learn about Hall Effect sensors and the possibility to get an analog input signal. That’s the part we’re interested in. The Hall Effect sensor detects the position of a magnet by measuring the displaced electrons in a current caused by the electromagnetic force. It is often used for proximity, positioning, and speed detection.

It can be something as simple as your notebook detecting it’s closed, small motors to determine the speed or position by counting the rotations or joysticks in gamepad controllers. It’s even used in keyboards. Suspense rising, we’re getting there.

These days you can find Hall Effect keys in industries that require high reliability. Such as aerospace, underwater devices, and military. Due to the reliable and durable nature of the technology. You don’t often find it in consumer-grade keyboards, since it was expensive to mass-produce.

However, in modern day, Hall Effect sensors itself are relatively inexpensive. And used for a lot of different applications (economies of scale). Now that keyboard switches are also widely available, this is a problem of the past.

The most recent attempt making a consumer-grade Hall Effect keyboard, or magnet keyboard if you like, was by Acepad Technology (APT). They made their own custom magnet switch with an off-the-shelve Hall Effect sensor on the PCB. But, what all these keyboards have in common is that they were made for digital input. Not analog input.. There’s only been one (DIY) attempt on making an analog input keyboard by Benjamin Heckendorn, in the Ben Heck show in 2012. He’s a genius and still active on Twitter. But this is far from something standard or available. That’s what we want to change and made Wooting’s own Hall Effect keyboard switches: The Lekker switch.

Let’s dive in and dissect all this information in a simplified manner.

What is the Hall Effect

The Hall Effect is a measurement of displaced electrons in an electric current caused by an electromagnetic force. That electromagnetic force being a magnet. The electric current being anything that conducts electricity. A magnet has an invisible “magnetic” field that radiates from its core, like gravity from the earth, pulling in or pushing away objects with magnetic properties. Like steel, but not aluminum.

To put it in other words. Imagine that the split in between positive and negative electrodes is the same as a battery with a minus and plus side. Now to create an electric flow, you connect the minus and plus side using a copper wire. To know how fast or strong the electric flow is, you connect a light bulb in between. Just like those electrical engineering 101 toys.

The battery is a bit quirky (you got it from Taobao) and has electricity making circles in its core, not flowing between the minus and plus side. Bummer, it doesn't work well. However, when you place a magnet nearby it starts to split that electricity into negative and positive charge. And pushes it in its respective minus and plus sides. An electric flow was created and the light bulb suddenly turns on!

When you place the magnet closer to the battery, it starts to split even more negative/positive charge and the bulb becomes even brighter. You take it further away and the bulb decreases in brightness. This phenomena is called the Hall Effect. Now imagine that said magnet attached to a switch stem and a sensor below it on the PCB. Tada! Now you have a Hall Effect keyboard.

The benefit of using magnets

You can consider the Hall Effect sensor as the heart of this technology. It will make or break your keyboard unless you’re able to solder things. The Hall Effect sensors these days are an all-in-one type of integrated circuits (IC). They are well shielded from electromagnetic interference (EMI), have a simple construction, and no dependencies. There’s no physical connection needed between the sensor and the magnet. Furthermore, its operational performance is also not affected by any environmental conditions, such as water, dust, light or dirt. It’s no wonder that it’s used in operation critical industries for its reliability and durability.

When it comes to the switch itself, you can take any switch on the market, stick a magnet on the stem and voila it works. You can even grab a magnet and float it around the sensors and they will react.

Of course, it’s a little bit more complicated when it comes to sensing an analog input signal. The positioning of the magnet towards the sensor. And the calibration between the magnet and sensor both greatly influence the result. But the basic concept remains. Since there’s no connection between the sensor and the switch, the switch can be hot-swappable. The switch durability will entirely depend on the magnet and switch quality itself. Even if it fails, you can swap it for a new one.

Then there’s the added benefit that no physical connection prevents bouncing and allows for a smoother switch feel. If you think about it, it’s not so much different from Flaretech optical switches. These are hot-swappable, bounce free, silky smooth and can last for 100 million clicks. And when it happens to fail, you can swap it for another.

The Lekker switch is a Hall Effect keyboard switch for analog input made by Wooting. It’s made with analog input and simplicity in mind. The goal is to make it easy for any (small) keyboard maker to integrate it into their keyboard design for analog input. It’s at the time of writing only available in one variant with more variants in the pipeline.. The Lekker Linear65.

The Lekker switch uses a custom made Hall Effect sensor; optimized for reading a consistent analog input signal over the entire switch range. The magnet in the lekker switch is calibrated with the sensor. To further improve the analog input signal, we leveraged our custom firmware. Wooting’s firmware smoothens and translates the input into useable digital data. Wooting's firmware supports the Wootility that comes with all Wooting keyboards. This allows unique keyboard features such as:

The alternative is using Wooting’s open-source Analog SDK to connect the analog input with an application. If you’re a keyboard maker/manufacturer and would like to make your own analog input keyboard using Lekker switches, you can contact Wooting direct on social@wooting.io.