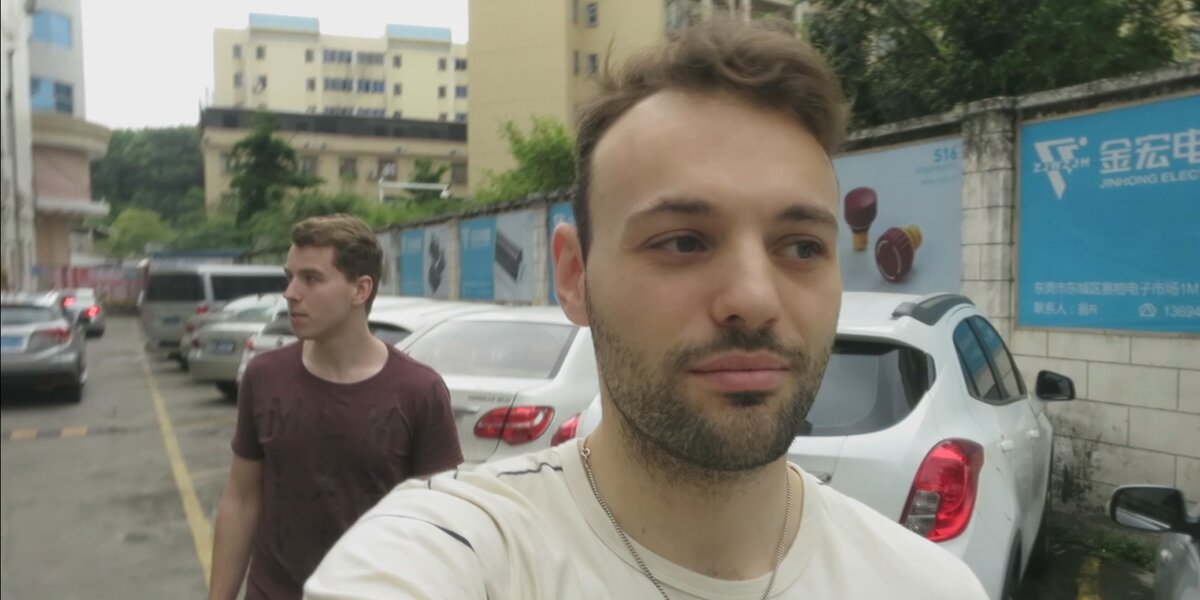 Jeroen and I are back in China for the mass production. This time locked and loaded with new knowledge and encouragement and an eye for success. Of course, this comes with a new production vlog!Follow our experience in China and the Wooting one production every other day. Just keep an eye on this page, our discord or youtube channel for the latest updates.

Let me start with a small apology. I haven't kept things up to date because it was hard to free my mind and take the time to simply, write. Now, I'm on the airplane on my way to Hong Kong and finally got some solitude. So, let's catch up.

We ended the last vlog with our small production test run. The day after we had a single day mass producing the Wooting one. It was glorious and slow but successful. We ended up making only a handful of keyboards that I brought back with me. I filmed as much as possible but neglected to create a story. Starting without a story is a horror (time-consuming) in the edit. So that vlog got killed along the way because...

Computex, grabbed all my remaining energy and attention for the week that followed.

A little recap. We planned to run a couple of production days, smoothen the process and let it finish while we were at Computex. In the end, we only had a single day and didn't trust the entire process enough yet. We decided to pause the mass production until our return.

Computex this year was great. We had the Wooting one on full display at the Adomax booth (makers of the Flaretech switch). Compared to last year, it was a milestone. That time we only had a small table and used Jeroen's laptop to showcase the prototype. It felt like we were selling watches from a car trunk.

Besides the playable Wooting one keyboards, Adomax released their Flaretech **slim** edition switches. Notebook sized, mechanical, optical and analog compatible switches. Don't expect anything too soon from it though, these things roll-out slow.

Anyway, after Computex we planned to go back straight away. But after the Chinese Dragon Boat Festival holidays, the factory had a full schedule. So we had a week in between which was very welcoming because we were exhausted. There wasn't a lot of time to rest though because there was a lot of work to catch up with.

And here I am. Back in the airplane, ready to finish the entire production and get these awesome keyboards out of the door (finally!). Jeroen went a day earlier to retrieve his visa. Tomorrow, we will grab the bus towards Guangdong, China. Wednesday the production goes into full effect again.

Of course, the season 2 vlogs will continue again every other day until we've finished the entire trip. Then it's a matter of time before you'll have your Wooting one.

And as always, we’re all open to your feedback and questions: