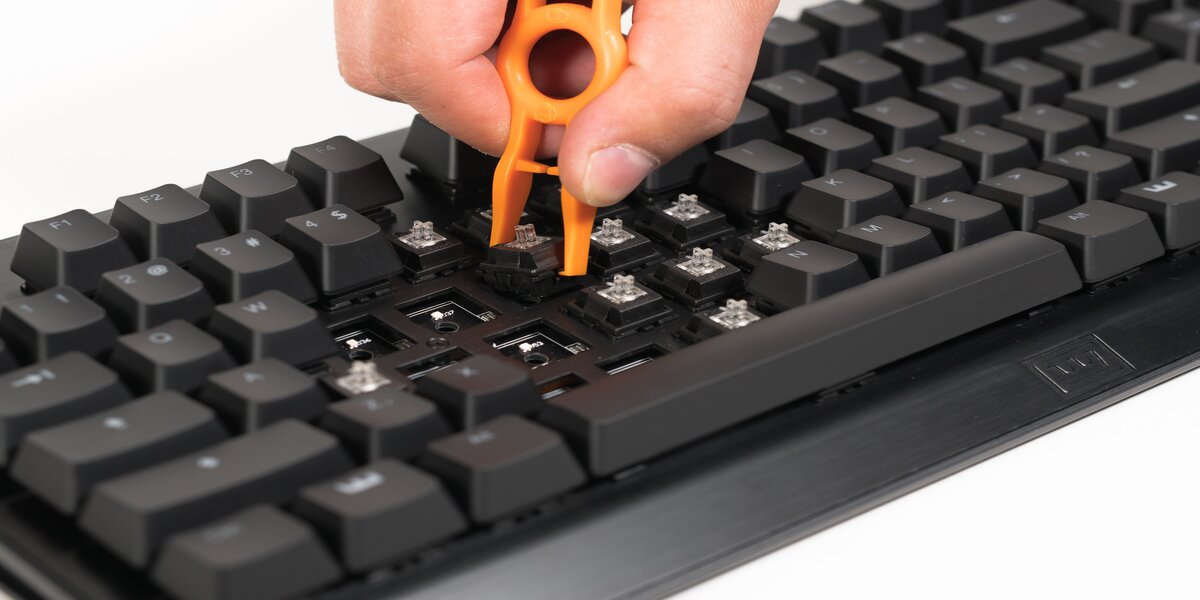 I'm looking at this beautiful keyboard that's been in the making for 2 years now. That time, we only scratched the surface of analog and keyboard making. A couple of weeks ago, we were so close to mass producing it. Literally looking at assembly happening, until another round of challenges introduced themselves.The first batch of keyboard failed our quality control test and we didn't know why. At first, Jeroen's testing tool got the blame. But after going through a couple of keyboards, reality struck. The tool did exactly what it was supposed to do. We had to stop the entire production until we could find the cause.

The test showed an issue with the analog range/curve. It wasn't within our specifications. It went ON and registered keypresses but something fishy was going on with the analog range. A very challenging issue.Every component has a certain degree of influence on the analog range/curve. To make it even more complicated not every keyboard/key is exactly the same. So if one of the components is faulty it's very hard to determine which one and especially, why.This had us going for two weeks in China, jumping from one to the other component. We were able to find the issue thanks to the manufacturer's head engineer. There was a slight shift in the PCB that caused a misaligned. We're talking 0.02mm type of shift, which was within the tolerance level. But we didn't know that it would have such a big impact. We hadn't encountered it before with our trial production.In the last week, 50 new keyboards got made with a tighter tolerance. We only had a couple of days to test them but the first results were positive. The keyboards were a lot more stable and didn't show the same issues.Also, during research, we had found another influence factor might of played a role. I can't go into details because it's proprietary information from the manufacturer.We decided that finding and fixing the issue was a priority over delivery (we hope you agree). To ensure that the quality and experience of the first analog keyboard will be top-notch. We're not striving for perfection till the dot but if we know it can be better, it's going to be better.

Testing, that entailed our entire time in China. A lot of testing, jumping from one to the other theory. Now it's more about double checking and confirming.We didn't want to jump into another mass production too fast based on our results from China. We want to minimize the chance of this happening again as much as possible.The clock is ticking. There are two possible production dates:

There's no slot available at the manufacturer during May. We're aiming for the April slot but the results will decide. An April production will allow us to deliver in May.That's all the information we at hand now. We'll keep you in the loop.

I'd sum it up in three points.

We always make the best out of every situation because in the end there's only one way you can go and that's forward.If you have any questions, problems or concerns. You're always welcome to contact us.