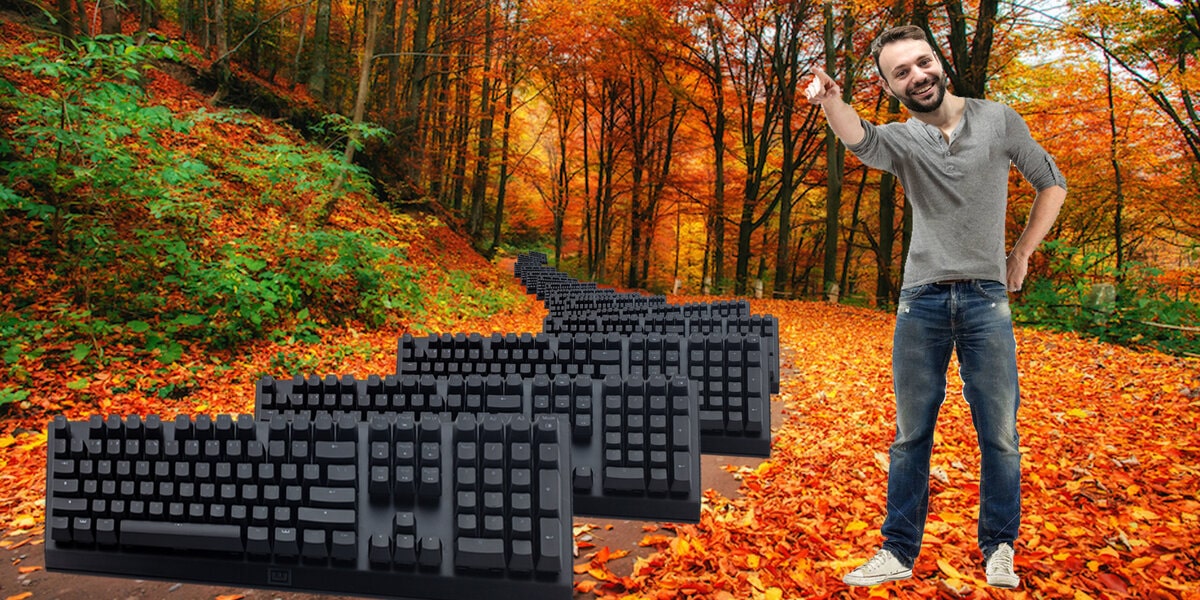 Thanksgiving, Black Friday, Cyber Monday, Single’s day, Sinterklaas, Christmas and likely countless more reasons for resellers to promote discounts and shove a product in your face. Every holiday I feel like it tells me to face reality, Calder, you’re too focused on the creation and not the sales of a product. And it’s this constant struggle between choosing what’s right.From my viewpoint, there’s a clear difference between sales and marketing. Sales are the persuasion to purchase. Marketing is creating awareness/familiarity of product/brand.Let’s take a landing page for example. It’s your passive salesperson selling your product. Its purpose is ultimately to convert the visitor into a customer, therefore sales. The promotion of that landing page on Facebook advertising or Google ads is the marketing. You could say the same when it comes to creating awareness of a discount or promotion.What I ideally strive for is that the creation of product creates marketing and the result of the product creates sales. The context is that you build constructs that accelerate this idea of marketing and sales, which makes the process feel wholesome (automatic) and not separated (forced).Practical examples of how we do it besides the point. I will often reflect and criticize this thought. Particularly when the winter holidays are around the corner, you feel the peer pressure to join in special discounted prices and boosting sales. Because if you don’t, you’ll miss out on the biggest sales period of the year. I’ll just hold in my rant about Black Friday, Cyber Monday and how this has become a world-wide thing just for the sake of…. Sales beyond reason.In either case, one thing I can’t get around is that we need to spend more time on fun marketing tactics.Alright, I just had to grind that gear. Let’s get into the update.

I made a dedicated post that goes into the current state of the Wooting two and its new delivery date on Kickstarter.In short, I was at the trial production in China a few weeks back and it went very well. I made a series of productions vlogs that follows my time there. In the end, the analog -input tests were within the requirements and we made a small change in the bottom-case to fix an aesthetic issue. The new bottom-case came in last week, and we’re happy with the result.The purchasing of various components had already started, and now we’re rounding up last parts. This means, that we can mass-produce the Wooting two mid-December. We set out to deliver the keyboards in January 2019 and will follow with more accurate timing as the time closes in.Update: Mass production happening in the week of 17 December.

Download the latest Wootility if you’re running on anything lower than 2.0. You are missing out! We recently released v2.5.2 including input speed, Mac auto-updater, and windows disable key.Now your Wooting keyboard scans key input on every single key in less than 1ms and we call it Tachyon mode. To put this into perspective. CherryMX switches, at its very best, can be scanned every 5ms. But to avoid key chatter/double input, manufacturers often scan every 10-20ms. If you’re still confused, you can learn more on my keyboard input speed blog.Next up is the redesign, updates to DKS, actuation point settings and programmability. We’re planning on launching a DKS beta soon. You can join the beta on Discord that is publicly accessible.Big thanks to the beta tests for the feedback and suggestions!

We moved domains not a country. We have always rocked the .nl domain to show some Dutch pride, and this domain will continue to work but from now on it will redirect to the appropriate .io domain. If you might be asking yourself, what’s up with the increasing popularity .io, it resembles 1 and 0, the root of all computer code. But in reality, it’s the domain for British Indian Ocean. Hipsters yo.We had decided to make the change for a list of reason:

The Blog is still only on .nl until we figured out or are ready to make the change there as well. SEO and-so makes it a bit more tricky. If you notice any mistakes or problems on our website, please make sure to let us know.

We had run the Code-it challenge with the goal to stimulate content creation for the SDKs. We had a voting period shortly after, a lot of awesome contenders joined but only… uh, 3 could win!Community choiceThe winner of the contest chosen by majority votes from the community is @Silent with GInput for Wooting keyboards. Analog input and RGB interactivity integrated with GTA 3, Vice City and San Andreas.

Wooting pickWooting picked as its favorite project the SDK visualizer/emulator by @hollow. A Wooting keyboard virtualizer, that makes it easier for developers to program integrations for the Wooting analog/RGB SDK without owning or running a Wooting keyboard.Honourable mentionlastly, the Honourable mention: @DarrenVs with the Analog overlay. This was something Erik personally really wanted, as well as a really useful tool for streamers. We simply couldn’t give it the staff pick as the project didn’t use the SDK per se.GiveawayWe had hosted a giveaway within this month and announced the winner during the last livestream. That time we announced Maxim, from Russia, won the Wooting one.But! We looked at his entries and when we saw his twitter account it was non-stop giveaway posts. And us being.. well us, we want somebody that deserves the keyboard not grinds giveaways. So we decided to re-roll the winner.So, the new winner is Wajih, from the United States. He checked out and is legit. His keyboard is already on its way 🚚. Congrats to Wajih.We are planning to host more giveaways in the future and see if we can add some more Flava-flav to the content and items.

We wanted to do something cool with the Discord community and give some love. Therefore, we decided to host a Meme contest exclusively on Discord.The idea is to post Analog/Keyboard/Wooting related meme(s) into the meme_rage channel. The meme with most votes wins the contest. It’s a light-hearted contest and the goal is to have fun! The contest is running at the time of writing, but most likely it already ended when this is published. Head over to the Discord to learn more.

Wooting two is getting close to its delivery date, I'm excited and ready for this. Feedback, questions, comments, all welcome down below or any of our socials.@Twitter@Discord@Reddit<3,Calder