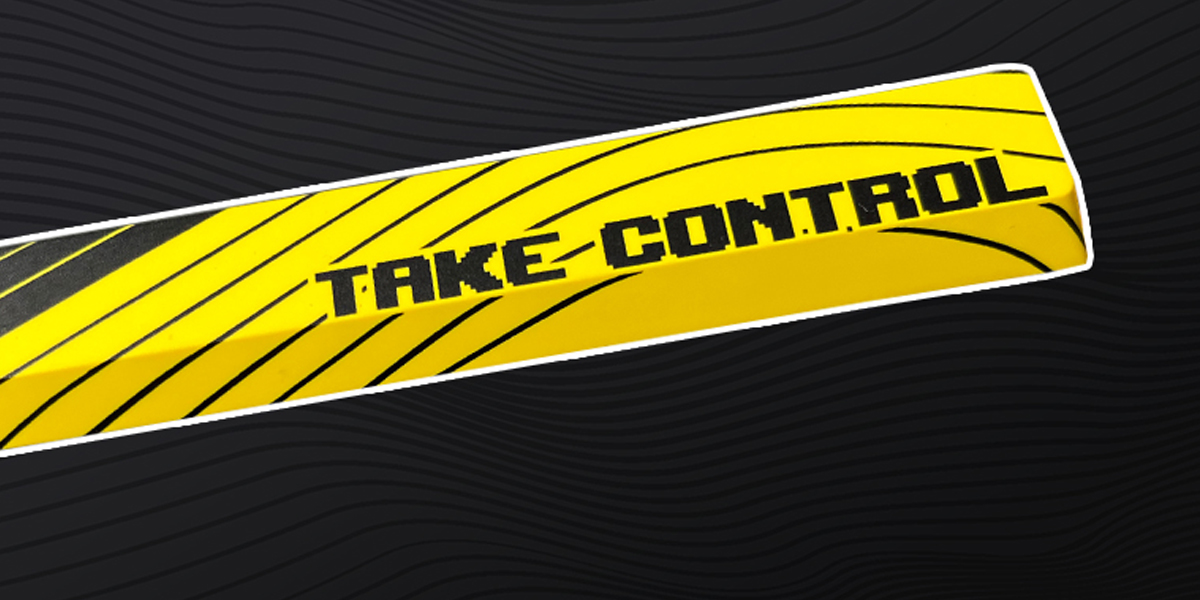 Happy Chinese New Year (CNY) - though by the time this is published, the official CNY period is over (it stretches over multiple days). All the factories and Asian partners are closed celebrating CNY with their family members.

The offices open up after 1 or 2 weeks of holidays, but factories are closed longer. The additional time is used to clean and maintenance the machines, factory, and time for operators to have an extended time with far-away families.

We had planned the Production Validation Test (PVT) before CNY, but we needed more time to round up all the details. Specifically the stabilizers (more on this later)

This, thankfully, doesn't automatically delay the Mass Production (MP) date. Or well not exactly. If there's any major issue at PVT, we'd still need to delay MP until it's resolved. Otherwise, we can go into MP a week after.

Thanks to the rigorous amount of preparation and testing, the chances of something going awry during PVT are low.

‍The offices in Taiwan opened and there's an updated schedule for mass production. Due to new COVID-19 outbreaks around China (inevitable with the mass migration with Chinese New Year), a few vendors have postponed the working start date.

This directly affects the PVT and MP date. The goods news is that there are confirmed dates:
‍
‍PVT: on 21 March 2022
Mass Production: on 8 April 2022

This set us back 2-3 weeks from what I had planned and coordinated with the team.

As a China observer, it's not a surprise. There's been a lot of news going around with China's zero COVID-19 policies and measures to ensure a clear sky Olympics. These policies will delay domestic travel, lock people (the operators) at their home towns, and halt or significantly reduce a factory's maximum output. But this is my observation and not fact.

In the previous update, I shared that we had an internal debate to use vegan or genuine leather. When we felt the target group sentiment during launch, we had decided on vegan leather. After the campaign, doubt started to slowly kick in from my side.

The doubt was my fear that we couldn't reach a premium result with vegan leather. This was strengthened after we made the PU leather (pleather, skai, imitation leather, etc.) keyboard travel sleeve. I wasn't convinced PU could deliver on either quality or felt comfortable with the production process of PU.

After some debate, I started researching vegan alternatives. There's quite a list; banana-, apple-, and pineapple skin or even mushrooms. But neither the Chinese or Hungarian manufacturer had these raw materials, nor had access to them. This didn't stop me. I went sourcing myself and reached out to all the mentioned material original manufacturers.

But this quickly came to an end when I got to hear the minimum order quantity (MOQ) and lead times. For example, Bananatex has a MOQ of 600 yards (~500 meters) with a minimum cutting width of 155cm and lead times of 70 to 100 days. There was no viable method for me to incorporate this into our business model.

The founder's edition leather strap is not a commercial product that we'll have on stock for continuous sale nor do we have plans to sell significant quantities for similar or alternative strap concepts. We only need up to 400 founder's leather straps, that's about 2 meters of 155cm width in the material.

Then I haven't touched the lead times yet. We're getting close to delivery and there's no off-the-shelve stock in hand reach within my network. Lead times of 70-100 days are impossible to meet our deadline.

But, I hear your concern, we had the same. Where is the leather sourced from? We're going to use 100% Italian leather, sourced from a tannery in Italy (Arba Pelli s.r.l). Because both the tanner and manufacturer are within the European Union, we're also ensured that they both meet European standards and certifications.

When I added the bonus section in the previous update, I was in the middle of sourcing. I wanted to feel the sentiment and get opinions. I'm glad to see there were serious responses with people on both sides and it helped us build a solution for all involved.

I'm sorry for everybody that wanted the vegan leather option, I underestimated the challenge.

We will reach out to all founders with the Founder's Edition by email to repeat the above information, inquiry if you wanted the Vegan option, and offer a solution.

After we reached the stretch goal for these keycaps, we started the development. I've been in touch with 3 different manufacturers and it has proven challenging. The first manufacturer declined, they were not able to produce it without a very high defect rate. The second manufacturer is still figuring it out. The third manufacturer was enthusiastic to show their latest technology and delivered the first sample.

I was pleasantly surprised.

It's not ready yet. The cost of the keycaps is stellar, so if we continue, I want to make sure that every detail is correct and that we can make a viable set. This means expanding the set keys, checking demand, and then deciding on a launch method or not.

This is just to affirm that we're still working on the set and hammering out the details. If you're interested in these keys, it'd be helpful to know what you'd be willing to pay for it and what layout it needs to cover. This will help us make decisions when it comes to saving, adding costs, or choosing a launch method.

^ Let me know in the comments.

In the previous update, I shared our dissatisfaction with the stabilizers. The sound signature was troubled with shallow and light rattle noises. We weren't entirely sure how to solve it, but we took a shotgun approach by tackling 3 elements.

We noticed that the switch plate stabilizer tolerances on our DVT models were higher than our EVT models. This made the plate-mounted stabilizer fit less tight and allowed movement. Functionally not a problem, and safer for mass production.

We decided to lower these tolerances to create a tighter fit with the stabilizers. We haven't had the chance to exhaustively test the impact, but from the first sample, we didn't notice any significant difference. It did help with the overall quality-feel.

To rule out the model, we tested Gateron plate-mounted stabilizers. This is also the only alternative available within the timeframe we have. And, the result was surprising. It felt and sounded better, but there was still a rattle present.

When we dug deeper, we concluded it was the result of 2 differences.

Design
The current stabilizer is a new mold from the manufacturer with a nifty design that allows you to install the wire on both sides. The Gateron stabilizers don't allow this, and can only be installed on 1 side at a specific angle.

When comparing the designs, it became clear that the wire opening inside the stabilizer stem is larger on the manufacturer's model to allow more tolerance. The Gateron model however has a smaller opening.

Material
The manufacturer uses a mixture of nylon and pc plastics for the stabilizer. While Gateron exclusively uses nylon. We can't tell if this made the difference, but we're speculating that the nylon creates a softer feel and less harsh sound when colliding.

We decided to continue with the Gateron stabilizers.

I'll admit, I was skeptical about lubrication. I thought it would only have 20-30% impact on sound and a lot of issues would come from the stabilizer or switch design and material. We've always been at the whims of the manufacturer and their capabilities. We still are to a certain sense. But we can have a lot of impact if we put our minds on it. But none of us had deep-dived into lubrication.

I was surprised by what we discovered.

We started with do-it-yourself (DIY) lubricating the stabilizer stem, this didn't make any significant difference compared to the stock lubrication from the manufacturer. Then we moved on to the stabilizer wire (the metal bar).

When we applied a small amount the impact was within the 20-30% expected range. It would dampen the rattle a bit and add a little bit more thock. But when we added a lot more, it nearly eradicated the rattle sound from the wire.

We ran the same test across different stabilizer models, also screw-in stabilizers, and concluded: All stabilizers have significant rattle and the only way to eradicate it is by thickly lubricating the stabilizer wire. Like, real thick at the 2 ends till corner.

Put a blob of lube in these two spots, assemble, you done. pic.twitter.com/tx2vQ3IZso

But there's more. We also found you don't even need to apply the lubricant directly on the wire, instead, you can thickly lubricate 2 specific spots and achieve the exact same result. The plateau where the wire clicks in and the stem opening the wire goes through.

The problem is that these stabilizer wires are lubricated at the factory with an automated machine. The automated machine allows up to 0.15g lubrication, any more and it'll clog up the machine frequently. The DVT samples had 0.13g lubrication applied and it was clearly insufficient. Based on our tests, we needed double.

We discussed several solutions with the manufacturer and concluded that we'll need a manual step during semi-assembly to add additional lubrication to the wires using a syringe. This was the easiest repeatable and least labor-intensive method we could think of.

If the comparison has a meaningful impact, we'll add the additional manual lubrication or else we'll revert to the machine applied with 0.15g.

Bonus
We have successfully sourced 30-50gf (lighter) springs for the Lekker switch and will make these springs available for sale in the near future. To confirm the springs, I had decided to swap all the springs on my 60HE and lubricate the switches with Krytox 205g0 while at it. The springs, are all good and confirmed.

But I was shocked by the impact lubrication had on the sound and feel of the switches. I had mentioned I was skeptical and only expected a 20-30% improvement. Now... that's a fat 80% improvement.

The lubrication significantly sounds dampened all switches, gave them a softer smoother landing, and completely killed any sign of spring ping/resonance. I will come back to this at a future point.

26 February we're hosting the Wootup V3! This is a community event where we share our plans for 2022, have open discussions about our internal processes, and come together as a community.

There's even a low-entry barrier tournament with prizes, that you should definitely join!

Make sure to fill in this form to let us know you're participating and to be in the loop. Expect an email with all the details and schedule before the event takes place. We'll see you at the Wootup!