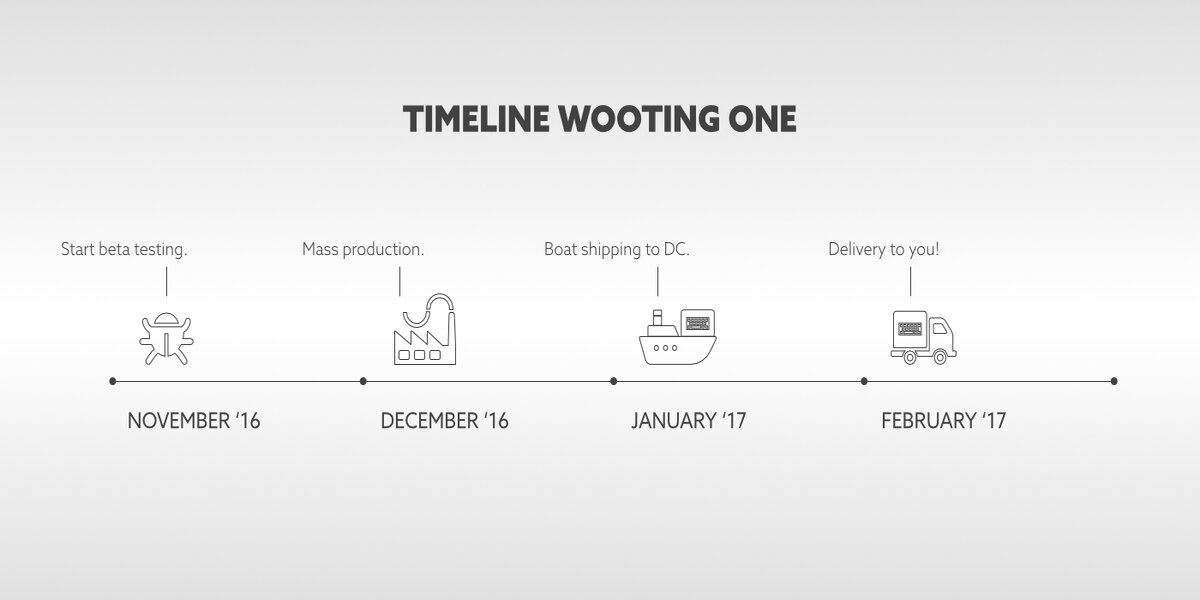 Dear Supporters,We were head deep in the individual RGB changes and had a lot of unsure things floating around. Today, we're turning things around and want to pull you into our world.We'll talk about the delivery date, firmware, and individual RGB. Be sure to check out the video at the end.

When we announced the upgrade to individual RGB and new MCU, we also talked about the unknown lead time for the new components. Good news is, we know the lead times. Bad news, it's in November.

This means that we can't mass produce on time for a November delivery. That's why we're moving the expected delivery date to February. We're hesitant to promise anything earlier. If there's one thing we've learned from manufacturing, it's that promises are fragile to break. There're too many factors that can influence it and you never know what hits you until it happens.

Just know that we're doing our best to get it produced and delivered as soon as possible.Small Switch updateWe've mentioned that the manufacturer would make a new switch version for Analog. It's been a while but we've finally received more information. The short story is that the new switch is better than the old but getting more analog range is a lot more complicated than we/they had anticipated. We'll dedicate our next update with all the details, we're still awaiting some developments.

This is the first thing you'll see once you receive the Wooting one. Erik has had his hands full with measuring all the different aspects of the box. It was honestly pretty difficult for us. It's the first time we've ever made any product packaging. There are many things you run into when creating a box which has to look nice but also be practical. An example of this is finding a smart way to add the extra top plate for all you sprinkle backers.As makers, we really wanted to make this amazing mind blowing packaging full of innovative ideas. But then reality hits you. You have to work with what you got within the time you have. I think we've done a pretty good job for noobs.We started with small paper models.

Then we had to scale it to a diecut (i.e. a mold of the box before it's folded). Once that seemed alright, we went ahead to make a prototype box.[caption id="attachment_1035" align="aligncenter" width="700"]

Prototype paper box[/caption]The prototype box was really telling. It showed flaws in some measurements and gave a clear idea of how things would fit in. We made the adjustments to the diecut and also added the graphics.

We like to keep our designs KISS (keep it simple stupid). We shall soon find out how it looks like on the first prototype box with graphics on them.

If you've seen our last amateur stream, we showed raw snaps of the beta keyboard firmware and alpha GUI software. If you missed out, there's another one this Sunday and everything is saved on our youtube channel.We felt really psyched about the software/firmware because they're the fundamentals. But quickly realized during the previous stream that it is really hard to show all the engineering background work we've done for the last few months.Now that the boring engineer stuff is done, all the visual and interactive parts will start to move fast. For example, we've started the GUI design process. Finally, something that isn't 100% code and we can easily show for feedback. This is where the Beta testers will jump in to help to get out dumb mistakes and find bugs/glitches.We're tackling the GUI design in a lean style. This means we'll first design wireframes (a mega simplified visual) of the structure, then design the graphic assets and make the code behind it per page. Along the way, we decide if it needs overhauls or changes.Here's one of the first wireframes:

When we have something functional, you bet we're going to ask for your feedback. If you have some nifty ideas already, feel free to share them!

Our last video of individual RGB was very premature. We literally only installed the LED driver on the new PCB and placed the top plate on top of it. Now, we have a final prototype that has everything installed.We're extremely happy with the result. As you can see the brightness is quite high, the colors come through better than before. There are some limitations, though. It's still near impossible to get a pure white backlight due to the nature of RGB LED. You'll notice this with any RGB backlit keyboard. The only way to really fix that is by adding an extra white LED and we don’t think that’s worth it.Jeroen is still working on a solution for everybody to make their own custom RGB effects. We haven’t forgotten about you Linux enthusiasts. In the meanwhile, we quickly added a couple of simple effects for the video.

We hope you liked this update and have the patients. If you have any questions, you're always welcome to ask. Otherwise, you should join the live stream tomorrow at 15:00 (GMT+2, Amsterdam). We'll have a live Q&A.👀 👉 Wooting.Calder, Erik, Jeroen