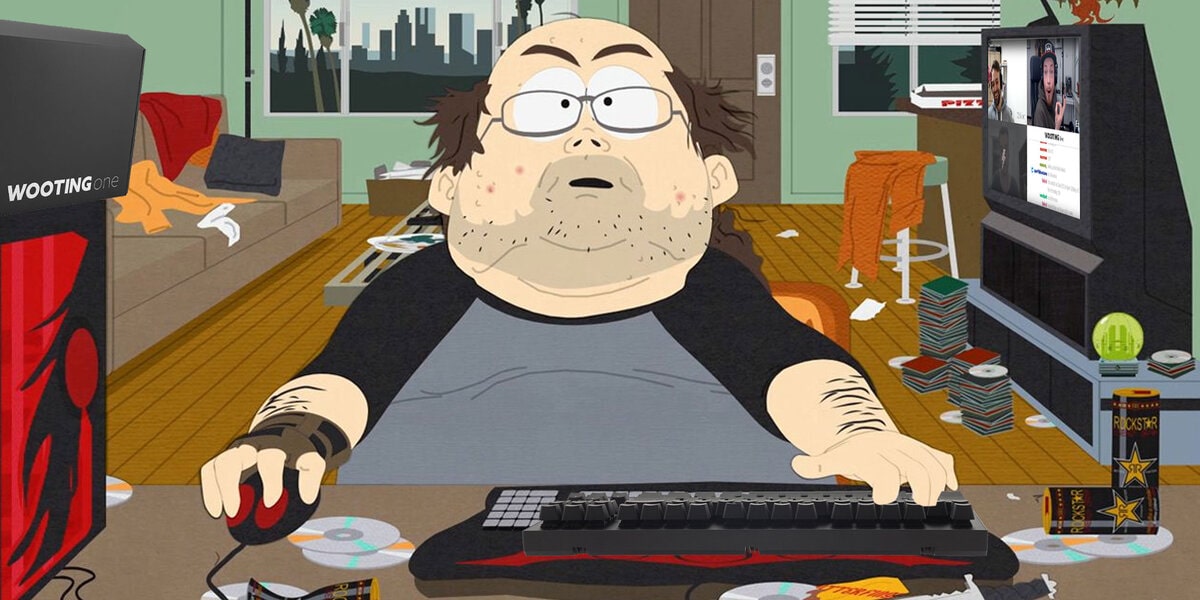 Be gone gamer stereotype! It's January.

January, what a month. I've talked with so many people over the course of the month, all part of figuring out what Wooting is going to do in 2018. We decided to entirely focus and double-down on the Wooting one, our strength in development and get our marketing/branding game to the next level.You can skip the following if you want to jump straight into the news headlines. It's a thought train that I've lately had for a while.

We're a 3 (+1 now) man company and it's impossible for us to compete on the same level as larger brands or work on a project base like smaller brands. But that's the thing. We absolutely hated how large brands did and still do their marketing. Painting us stereotype gamers without an actual attempt to connect with the real people behind the game. They blatantly assume that we go all crazy on deep-toned voices, futuristic special effects, and the occasional "pwning noobs".Why does a "gaming" keyboard have to be equal to an over bloated, 5yo toy looking input device with all the marketing bells and whistles that seemingly shouts "gamer". I can live perfectly fine with a keyboard that is optimized for games and my particular way of using the PC, without it looking like a laser gun or a space station on my desk.We're far past that stereotype from 30 years ago when staying inside all day behind a computer playing games was only for the "nerds". The thing is, playing games are hella fun and the best part isn't the game itself, it's the social aspect. It just happened to be that the "nerds", the geniuses of that time, found a place where they could find each other. A common interest that connected the introverts of people and added a social aspect.Now go tune into Twitch and take a look at what a variety of personalities there are going on for hours playing and talking with chat. Now tell me, would you identify them all as those same type of "nerds"? Would you identify them as "Gamers"? In my opinion, it's just a social expression of what makes gaming fun and it has become available to everybody.Even my mother tuned into it with wordfued and made friends with people she's never met in countries she's never been.I remember the times I would sit next to a friend of mine watching him play C&C: Red Alert and I enjoyed every minute of it. I even played these silly short-demo games that came with a magazine for the PlayStation together with Erik. In particular g-police, we'd each held one handle of the PlayStation controller to play the game. One steered, the other shot.Heck, Erik and I had grown an ever-lasting friendship and made an amazing new friendship with Jeroen over the years that we played Guild Wars together. Without it, we wouldn't be here now.Playing games brings people together and creates a common interest. It's a hobby that can be taken to different levels of seriousness, just like any other hobby. It just happens to be that there's a noun for it that dates from an old stereotype. Otherwise, you're now dealing with a young generation consisting of 90% nerds =/= gamers that all sit in the basement playing games the whole day and never go outside to play. Unless basement is the equivalent of smartphone and outside to their direct environment.What's your take on it?

We ran a survey November 2017 asking for feedback from people that had used the Wooting one for a couple of months already. We shared some of the results during a livestream but hadn't posted it on the blog yet.You can see the entire Survey results in a separate post.

I want to thank everybody once again for participating and sharing this information. It has given us a lot of insight and removed some of the biased/tunnel vision we had created. We are still working on all the possible improvements, and hope you've started to notice.

It took a while to arrange on our side, but we're finally able to start producing separate switches for sale. There was a question of minimum order quantity, packaging, and cost at first. We figured it all out and Erik came with some really cool packaging.

The production will take place first thing after Chinese New Year. You can expect the sales to open mid-March. When it releases, you'll be the first to know, if you're subscribed to the mailing list.

Jeroen visited the factory mid-January for our first production of 2018. He went to do quality assurance (QA), make sure that everything was according to our specifications. It didn't go 100% smooth, he was able to pick some issues that weren't allowed to go through.The really cool part is that there were some significant automatization improvements in the factory. The switches are automatically assembled by a machine and the keycaps are checked by a scanning machine.

We had lately gotten a lot of requests for a French ISO layout and one person in particular proposed to do a bulk order. I thought, heck why not make this a group buy instead and if we hit our goal, we can do the production.So, together with Tom Vivant, we will launch a group buy for the French ISO layout at a very, very special price.The group buy will launch this week. If you're interested in joining it, then what are you waiting for and join!

Jeroen took everything from the roadmap and looked at our MVP for the Wootility, mashed it together, and concluded the following:

These are the main goals, whenever possible he's also working on additional features or fixes. I can already tell you now, he's very much on schedule and even figured out how to get a stable <1ms scan rate on the Wooting one.That's different from the polling rate and debounce time that other manufacturers often refer too for marketing purposes. It's a pretty big deal for both analog and digital input that we'll jump into when it's ready for final release.For now, It'd be great if you can help us beta test it, just hop on our discord and ask for @fleimi#0629 to enter the beta channel and receive the instructions.Pewpew!

That's it for now. You know where to find us and always love to hear from you!